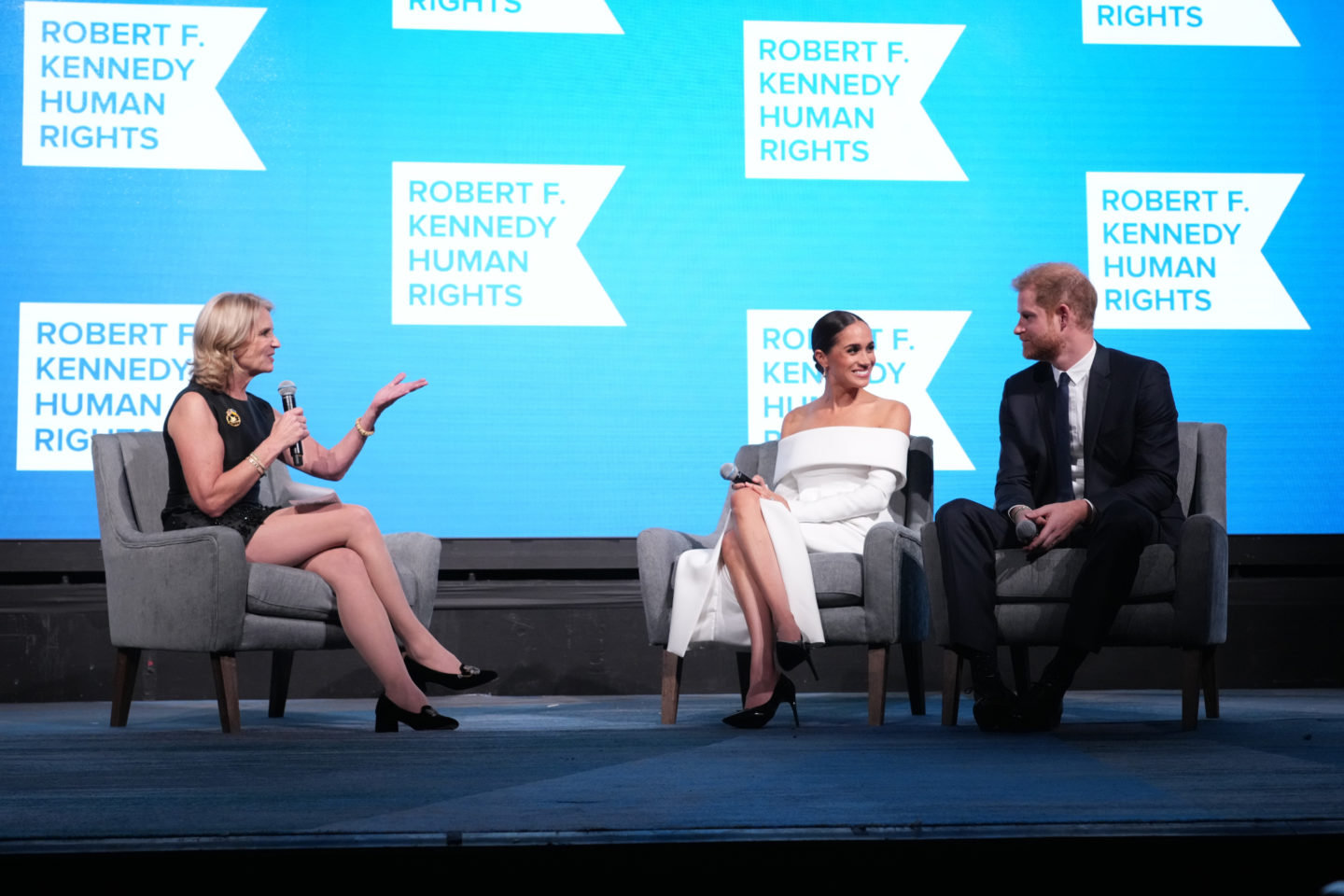 Prince Harry and Meghan, The Duke and Duchess of Sussex attended the annual Robert F. Kennedy Human Rights Ripple of Hope Gala in New York City, where they were honored as 2022 Laureates alongside Founder and Chief Executive Officer of Invenergy Michael Polsky, NBA Legend and Civil Rights Icon Bill Russell, Co-Founder and Managing Partner of Siris Frank Baker, Chair of the Board and CEO of Bank of America Brian Moynihan, and President of Ukraine Volodymyr Zelensky.

The Duke and Duchess were recognized for their work on racial justice and mental health through The Archewell Foundation (AWF), demonstrating a lifelong commitment to building strong and equitable communities, advancing the global dialogue around mental health, and advocating for a better world – both on and offline.

“When The Duke and Duchess accepted our award laureate invitation back in March, we were thrilled. The couple has always stood out for their willingness to speak up and change the narrative on racial justice and mental health around the world,” said Kerry Kennedy, president of Robert F. Kennedy Human Rights. “They embody the type of moral courage that my father once called the ‘one essential, vital quality for those who seek to change a world that yields most painfully to change.’”

During the event, the couple announced a new collaboration: together, RFKHR and AWF will launch a new category in RFKHR’s annual Speak Truth to Power video competition to give participating students the opportunity to create videos showcasing women who are human rights defenders.

“We are honored to receive the RFK Ripple of Hope Award this year, and to partner with the Kennedy family in the creation of The Archewell Foundation Award for Gender Equity in Student Film. Our hope with this award is to inspire a new generation of leadership in the arts, where diverse up and coming talent have a platform to have their voices heard and their stories told. The values of RFK Foundation and The Archewell Foundation are aligned in our shared belief of courage over fear, and love over hate. Together we know that a ripple of hope can turn into a wave of change.” Prince Harry and Meghan, The Duke and Duchess of Sussex

Bringing together students, educators, and human rights defenders, this year’s Speak Truth to Power competition, which runs until April 2023, will include the first-ever Archewell Foundation Award for Gender Equity in Student Film. The Archewell Foundation Award will recognize students who have harnessed the power of visual storytelling to highlight a woman who has uplifted her community and, in doing so, changed the course of history for women everywhere. The new award will be presented along with the Grand Prize winner during a 2023 Tribeca Festival event in New York City, where the winning videos will premiere.